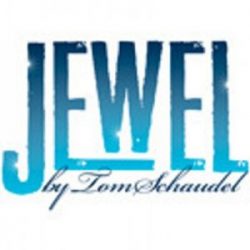 Tom Schaudel, “Long Island’s homegrown restaurant king,” and his Jewel Restaurant have been hit with a complaint alleging sexual harassment and retaliation in violation of the New York State Human Rights Law, as well as minimum wage and overtime violations, tip theft, spread of hours violations, and uniform purchase and maintenance violations of the New York Labor Law and Fair Labor Standards Act. A former server at the Melville, New York restaurant alleges that the Executive Chef sexually harassed her throughout her employment at Jewel, calling her inappropriate names, commenting on her body and appearance, and going out of his way to initiate unwanted physical contact. According to the lawsuit, the harassment reached the point of sexual assault in December 2015 when the chef “forcefully grabbed her by her hips, and aggressively thrusted his crotch against her backside.” The lawsuit contends that not only did management ignore the waitress’ complaints, but retaliated against and punished her for speaking out by taking her off the schedule for several weeks and instructing other employees not to ask her to cover their shifts. In February 2016, less than 2 months after the alleged assault, the server’s employment was terminated. The lawsuit also claims that the waitress did not receive the minimum wage, overtime pay, spread of hours pay, and reimbursement for the purchase and cleaning/maintenance of her uniform. The server also contends that tip-ineligible employees, including managers, were in the tip pool in violation of the FLSA and New York Labor Law. Attorneys for the waitress are seeking to recover compensatory damages, emotional distress damages, punitive damages, liquidated damages and attorney’s fees and costs.