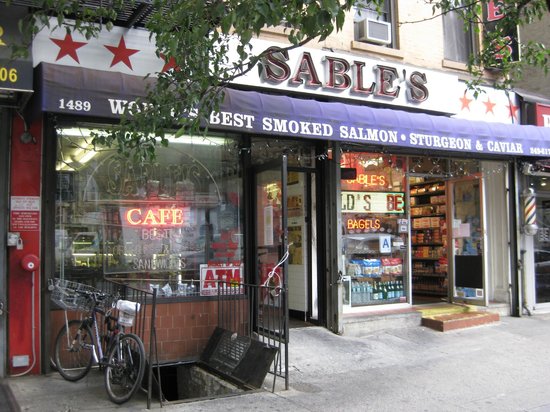 Sable’s, the iconic smoked fish restaurant on Manhattan’s Upper East Side, has paid $85,000 to a former delivery and counter worker to settle a wage theft lawsuit.

The employee, who worked for Sable’s for almost a decade, was paid a fixed salary each week ($800 at the end of his employment) regardless of the number of hours he worked, and therefore did not receive overtime pay at a rate of time and a half for hours worked over 40 in a workweek.  Failure to pay at the overtime rate after 40 hours violates both the Fair Labor Standards Act (FLSA) and the New York Labor Law.

The worker usually worked about 62 hours per week, but on holidays like Yom Kippur would work upwards of 77 in a week, sometimes working as many as 88 hours. Because he was paid a fixed salary, he did not receive compensation for hours worked over 40 each week at a rate of 1.5 times his regular rate and was owed wages for those additional 22 to 48 hours. In addition, because his workdays regularly spanned more than 10 hours, he was owed an additional hour of pay at the statutory minimum wage rate as required by the spread-of-hours provision of the New York Labor Law.  Finally, the worker did not receive a paystub detailing the number of hours he worked each week and his hourly minimum and overtime wage rates as required by the New York State Wage Theft Prevention Act.  He was owed an additional $5,000 for this violation.

Louis Pechman and Catalina Cadavid of Pechman Law Group PLLC represented the worker in the lawsuit and helped him recover his unpaid wages.   If you are a restaurant worker and believe you are owed minimum or overtime wages, please contact Pechman Law Group at 212-583-9500 to schedule a free consultation.