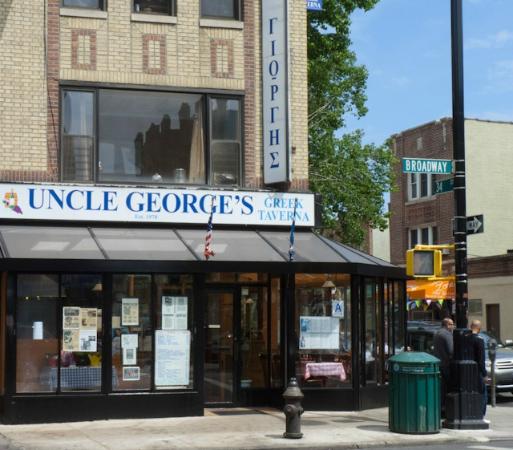 Uncle George’s Restaurant, a popular Greek restaurant in Astoria, has been sued for minimum wage, tip and overtime violations. Lawyers for a waiter who worked for the restaurant for four years claim that the restaurant failed to pay its servers any hourly wages.  In other words, the waitstaff worked for tips alone, and even those tips, according to the lawsuit, were unlawfully shared with managers.  The complaint also alleges that when the employee complained to management about the restaurant’s failure to pay any wages and told them that he hired an attorney, owner John Kristopoulos fired him. The case against the restaurant also alleges that food service workers in the restaurant’s kitchen, including cooks and dishwashers, were not paid overtime pay for work over forty hours and not paid “spread of hours” pay under the New York Labor Law. The lawsuit seeks back wages, tips, overtime pay and other damages. Lawyers for the workers filed the case as a collective action for FLSA violations under federal law and as a Rule 23 class action for illegal pay practices under the New York Labor Law.