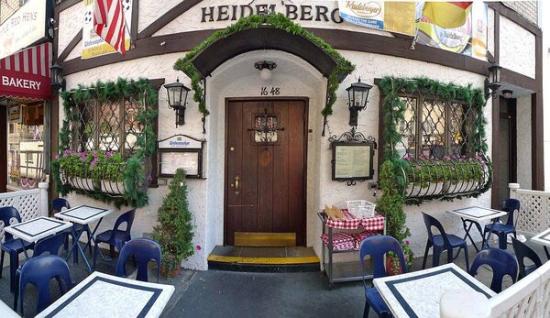 Former restaurant workers at Heidelberg Restaurant in Manhattan and Roberto’s Restaurant in the Bronx claim that Heidelberg and Roberto’s unlawfully stiffed them out of the minimum wage and overtime in violation of the Fair Labor Standards Act (“FLSA”) and the New York Labor Law.  According to its website, “Heidelberg is one of the oldest family-run German restaurants in the United States, dating back over one hundred years.”  Roberto’s, located by Arthur Avenue in the Bronx, has been included in Zagat’s “Best Restaurants in the Bronx” list, as well as Eater New York’s “Five Restaurants to Try in Five New York Neighborhoods.”

The lawsuits, filed in federal court in New York, allege that Heidelberg paid three former server/bartenders, and that Roberto’s paid former servers, bussers, and bartenders at the tipped minimum wage, which is currently $8.65 per hour in New York City.  The workers say the restaurants never gave tipped workers notice of their intent to use the tip credit provision, and that tipped workers were required to spend more than 20% of their workdays performing non-tipped side work.

The lawsuit alleges that waitstaff at Roberto’s were required to spend more than 20% of their workday performing non-tipped side work, including cleaning the menus and tables, wiping the windows, answering phones, sweeping and mopping the floors, cleaning the bathroom, and occasional construction work.  The Heidelberg workers say they were required to spend at least 20% of their workday cutting fruits, cleaning beer towers and glasses, stocking refrigerators with wine, beer, and liquor, loading dirty napkins into a laundry bin, bringing dirty dishes downstairs, cleaning the bar sinks, polishing glasses, organizing and re-stocking items including plates and silverware, wiping down the tables and chairs, and cleaning and refilling condiment containers, amongst other tasks.

Under the FLSA and the New York Labor Law, employers are allowed to take a “tip credit” and pay servers, bussers, bartenders, and other front of the house workers below the federal minimum wage.  The United States Department of Labor regulations provide, however, that a restaurant will not qualify for the “tip credit” for workers that spend more than 20% of their time performing non-tipped work.  The New York State Hospitality Industry Wage Order is more stringent, providing that restaurants will not qualify for the “tip credit” for workers who perform non-tipped work for either two hours or more during a workday, or more than 20% of their shift, whichever is less.

The Roberto’s worker also claims waitstaff at the restaurant were required to pool their tips and share portions of the tips with a manager.  Under the FLSA and the New York Labor Law, a restaurant can require front-of-the-house employees to pool and share their tips.  However, the restaurant violates the FLSA and the New York Labor Law if managers participate in the tip pool. Only non-managerial tipped employees can participate in the tip pool.  If a restaurant violates this rule, it loses the tip credit and must pay back the tipped employees the tip credit, i.e.,the difference between the full minimum wage rate and whatever reduced amount it paid them.

The workers are represented by Louis Pechman and Gregory Slotnick of Pechman Law Group PLLC.