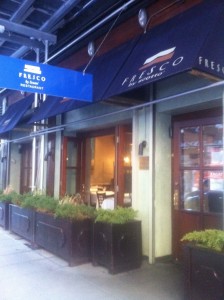 Fresco by Scotto Restaurant faces a trial on the issue of whether floor captains, stockers, and expediters improperly participated in the tip pool at the restaurant. The pooling of tips among employees who are “engaged in an occupation in which they customarily and regularly receive more than $30 a month in tips” is permissible under the Fair Labor Standards Act (“FLSA”). When all tips are received and retained by the employee, the pool only includes employees who “customarily and regularly receive tips,” and employees are notified that the employee is taking the tip credit, the requirements of the FLSA are satisfied and the employer is permitted to take a tip credit against minimum wage that would permit it to pay tipped employees an hourly rate lower than the standard minimum wage. (i.e. $5 per hour in New York).   The decision of Jed Rakoff, United States District Court Judge in Manhattan, agreed with the restaurant that party captains are tipped employees within the meaning of the FLSA because they “work directly with the hosts and their guests during the vents to ensure their satisfaction” and “have regular interactions with customers in connection with core restaurant functions.” The Court concluded that there were material issues of fact as to whether restaurant’s expediters and stockers are service employees. With respect to stockers, the workers adduced evidence indicating that while stockers restock glasses, silverware, and plates they do not interact with customers. Similarly, with respect to expediters, the Court noted that the waiters submitted evidence that expediters do not provide any direct customer service but merely act as intermediaries between the kitchen and the runners.