Home >
Wage and Hour
>
T.I.’s Atlanta Restaurant Employees Are Suing Him for Unpaid Wages
Back 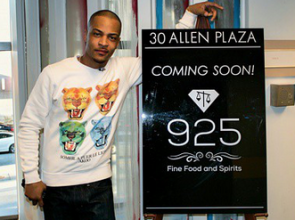 Twelve restaurant workers employed by Scales 925, a restaurant in Atlanta, Georgia owned by Clifford Harris – the famous rapper formerly known as T.I. – are suing the Atlanta restaurant for minimum and overtime wage violations of the Fair Labor Standards Act (“FLSA”). The wage theft lawsuit alleges that the waitstaff would routinely work more than 40 hours per week without being paid overtime and spent more than twenty percent of their time performing non-tipped tasks. According to the lawsuit, waiters and waitresses were required to work off the clock for three hours before they were allowed to go home. The waitstaff complained to Scales 925 about not being paid overtime, but Scales 925 management ignored their complaints. In addition, the lawsuit claims the restaurant unlawfully deducted money from server’s paychecks for broken glasses, even if no glasses were broken. The restaurant also deducted money from servers’ paychecks supposedly to pay for busboys, which the busboys claimed they never received.