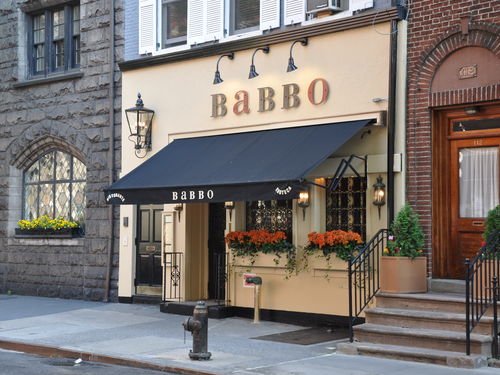 A former busser employed by Mario Batali’s Babbo Ristorante Enoteca is suing the restaurant to recover minimum and overtime wages, and tips unlawfully retained by the restaurant. According to Octavio Quinones, who worked at Babbo as a busboy  for almost two years, the restaurant willfully failed and refused to pay him at the correct minimum wage and overtime rate, did not provide him with a written wage notice detailing his rate and frequency of pay, and forced the waitstaff to share tips with management.

During his shifts as a busser, Quinones would spend one and a half hours performing side-work, such as cleaning floors and folding napkins. Quinones was paid at the tipped minimum wage for all of his shifts even though he spent more than 20% of his time performing non-tipped side-work. According to the lawsuit, Babbo failed to notify front of the house workers at the beginning of 2017 that the proper full minimum wage was $11 and that it intended to take a $3.50 tip credit. According to the wage theft lawsuit, when Quinones earned overtime pay, Babbo also incorrectly factored in a tip credit.

Restaurants must provide notice before claiming a tip credit towards an employee’s wages. Under the Fair Labor Standards Act and the New York Labor Law, if an employee works over 40 hours per week, that employee must receive overtime pay. Sharing of an employee’s tips with a restaurant manager is strictly prohibited under the law.