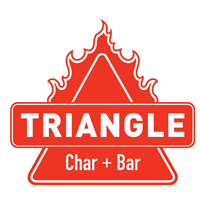 Restaurants in Charleston and Myrtle Beach have been accused of stealing tips from their workers and failing to pay overtime pay, according to two recently filed federal court cases. Servers and bartenders at Triangle Char & Bar Restaurants, located in Charleston, South Carolina, allege that they were paid less than minimum wage and required to pay out of their tips for losses such as waste, spillage, and theft. The lawsuit also claims that the waiters and bartenders were required to work “off the clock” but were not paid overtime pay for hours worked over 40. In another tip theft case, Bret Herspold, a server at King Kong Sushi Bar & Grill in Myrtle Beach, South Carolina, claims that he and other servers were unlawfully required to share a portion of their tips with “back-of-the-house” kitchen staff and that they were not paid overtime wages for hours worked over 40. Lawyers for the workers at the restaurants seek unpaid wages, compensation for illegally retained tips, liquidated damages, and attorneys’ fees.