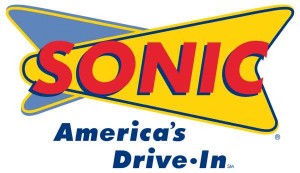 A Sonic Drive-In in Los Lunas, New Mexico agreed to settle a sex discrimination and retaliation lawsuit filed by the U.S. Equal Employment Opportunity Commission (“EEOC”) for  $2 million.  The lawsuit alleged that a manager harassed numerous female workers, including teenagers, and retaliated against victims who complained. The EEOC’s lawsuit charged that Robert Gomez, a former manager of and limited partner in the Los Lunas Sonic, subjected a class of women to sexual harassment, including sexual comments and innuendo, and unwanted touching.  The lawsuit also alleged that women who asked Gomez to stop harassing them or complained about their work environment were subjected to retaliation, primarily by a reduction in their hours.  The EEOC further alleged that employees were also forced to quit their jobs because of the sexual harassment, retaliation, and/or the employer’s failure to provide preventive or remedial relief. Over 70 women are expected to receive relief through the settlement.  In addition to the substantial monetary relief, the settlement prohibits Sonic from further discriminating or retaliating against its employees and requires Sonic to have in place policies and practices that will provide its employees with a work environment free of sex discrimination and retaliation.  Sonic must also provide its employees in Los Lunas and other area stores anti-discrimination training and notice of the settlement, and report any other complaints to the EEOC for three years.