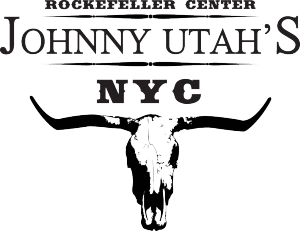 Johnny Utah’s has been hit with a complaint alleging sexual harassment, as well as minimum wage and overtime violations, tip theft, and spread of hours violations of the New York Labor Law and Fair Labor Standards Act. The Complaint, filed on behalf of eight waitress at against Johnny Utah’s Rockefeller Center location in New York federal court, alleges the Midtown restaurant, which is advertised as a “wild west party” and known for its mechanical bull, subjected its female servers to unwanted sexual conduct such as inappropriate touching, comments, and propositions. The lawsuit alleges that among other things, servers were expected to flirt with patrons, ride the bar’s mechanical bull shirtless, and kiss other female servers. The waitresses and bartenders were expected to take shots with and sit on the laps of male customers and were told to ignore any unwanted touching. Any employee who complained was assigned fewer shifts or was terminated. Additionally, the lawsuit claims that the servers did not receive the minimum wage, overtime, and “spread of hours” pay they were lawfully entitled to receive. According to the lawsuit, employees regularly worked 60 to 70 hours per week but were only paid for 40 hours of work. Servers also were required to share their tips with managers and their tip money was often withheld to cover cash register shortages. Lawyers for the workers are seeking to recover minimum wages, overtime compensation, spread-of-hours pay, misappropriated tips, uniform-related expenses, unlawful deductions, compensatory damages, liquidated damages, and attorneys’ fees.