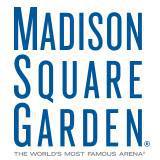 The claim of workers at Madison Square Garden that service charges imposed by the Garden were "gratuities" that were not passed on to the workers has been given the green light by an appellate court in New York.  The servers all worked during the last decade as food and beverage servers at Madison Square Garden. Attorneys for the workers brought the class action wage lawsuit, based on New York Labor Law §196-d, claiming that the Garden retained a portion of a mandatory "service charge" that should have been allocated to them as a gratuity. The Garden argued that the labor law lawsuit should be dismissed the gratuities claims are preempted by federal law and, alternatively, that the claims are subject to mandatory grievance and arbitration under a collective bargaining agreement. Both arguments made by MSG were rejected by the Court and the case has been allowed to continue. The servers at MSG claim that at sports and entertainment events, MSG charges and collects "service charges" in the amount of 20 percent of the total charge assessed for all food and beverages. This charge is added to the bill because, unlike ordering restaurant services during which customers tip servers individually, the servers in the Garden are presumably not permitted to collect tips from customers attending Garden events. The workers claim that MSG led its customers and patrons to believe that the service charges were entirely gratuities for the service staff who served the food and drinks at these events. The complaint alleges that MSG did not distribute to the service staff all the service charges it collected. The Court found that the servers stated a valid claim under New York Labor Law §196-d. Section 196-d states, in relevant part, that "[n]o employer or his agent or an officer or agent of any corporation, or any other person shall demand or accept, directly or indirectly, any part of the gratuities, received by an employee, or retain any part of a gratuity or of any charge purported to be a gratuity for an employee." Judge Renwick, writing for a unanimous panel of the Appellate Division, First Department, noted that the “plain language of section 196-d prohibits any retention or withholding of gratuities by the employer” and that “under New York's Labor Law, an employer cannot withhold from its employees any portion of a mandatory service charge that is added to a customer's bill unless the employer makes it clear to the customer that it is retaining some or all of the charge.”