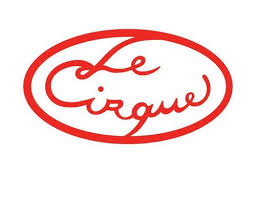 A waiter at Le Cirque restaurant, recognized as one of the best restaurants in New York City, has filed a class action complaint in Manhattan federal court on behalf of all front of the house employees, other than captains, employed at the restaurant since September 17, 2008. The lawsuit alleges that the restaurant violated the minimum wage provisions of the Fair Labor Standards Act and the New York Labor Law when it paid service employees a reduced tipped minimum wage rate without adhering to the laws’ requirements by which it could take the “tip credit.”  Attorneys for the workers claim that the restaurant should not have paid the workers the federal tipped minimum wage because the restaurant allowed captains, who were managerial employees, to share in the tips, and also failed to adequate notice of the tip credit to the service employees. Under the Fair Labor Standards Act (“FLSA”), employers are allowed to take a “tip credit” and pay waiters, bussers, and bartenders below the federal minimum wage of $7.25 per hour. (Note: minimum wage in New York is now $8.00 per hour).  For example, the “tip credit” for waitstaff in New York is currently $3.00 per hour, meaning that waiters, busboys, and bartenders can be paid an hourly minimum wage of $5.00 per hour.  The Fair Labor Standards Act only allows employers to take this tip credit when the employees have been informed of the tip credit provisions of that law, and when the worker is allowed to retain all of the tips that he receives or is only required to share his tips with other workers who also customarily and regularly receive tips, such as servers, busboys, runners and bartenders. The complaint against the restaurant alleges that the captains had authority to set schedules, discipline employees, grant or deny vacation requests, interview prospective employees, run pre-shift meetings, control station assignments, and recommend employees for hire, fire, and promotions. The case against Le Cirque seeks back wages, penalties, and attorneys’ fees and costs.  This is the second lawsuit brought against Le Cirque for wage violations. Waiters who staffed private parties sued in 2009 over the restaurant’s retention of a mandatory service charge of as much as 20% paid on private parties.