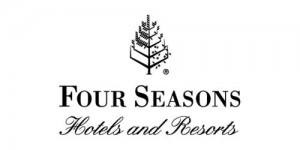 The Four Seasons Resorts in Maui and Hualalalai, Hawaii, unlawfully retained service charges that should have been given to waiters, busboys, and other service staff, according to a decision by United States District Judge Helen Gillmor. In the lawsuit, Four Seasons did not dispute that the resort customers are billed an 18 to 22 percent service charge, and that it retained a portion of the service charge that was not distributed to employees.  Judge Gillmor ruled that “Four Seasons failed to clearly disclose to at least some customers that service charges would not be remitted in full” to the servers, and therefore they were liable to the servers for unpaid wages, under Hawaii law. In New York, a “service charge” or fixed gratuity belongs to the waitstaff.  Section 196(d) of the New York Labor Law provides that an employer or his agent cannot accept “any part of the gratuities, received by an employee, or retain any part of a gratuity or of any charge purported to be a gratuity for an employee.”  The New York courts have interpreted this provision to mean that a restaurant cannot add a “service charge” or gratuity to the bill without passing it on to the waitstaff.  In other words, a restaurant cannot keep a “service charge” or gratuity that it leads customers to believe will be given to the waiters.  However, if the restaurant adequately conveys to the customer that the charge is not going to the waitstaff (i.e. by referring to it as an “administrative fee”) then the restaurant is allowed to keep all or a portion of the charge, but not any additional amount the customer intends for the waitstaff.