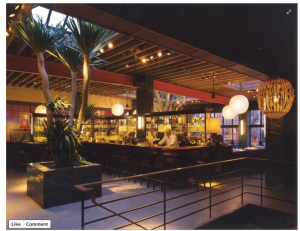 Three longtime servers and bartenders are suing the Park restaurant, a Chelsea hotspot, for paying them incorrectly.  The suit was filed this week as a class action. The workers allege that the Park did not pay them proper overtime, misappropriated their tips and made illegal deductions from their paychecks when customers failed to pay their bills. The lawsuit, filed in Federal court, alleges violations of restaurant worker rights under the Fair Labor Standards Act (FLSA) and the New York Labor Law (NYLL). The suit was filed against Chelsea Park LLC, and the restaurant owners personally.  Sean MacPherson and Eric Goode, long time bi-coastal nightclub and restaurant owners, are alleged to be very involved in the daily business of the restaurant- even overseeing a fish tank containing exotic turtles.  The plaintiffs seek to recover unpaid minimum wages, unpaid overtime, spread of hours pay, misappropriated tips and attorneys' fees.