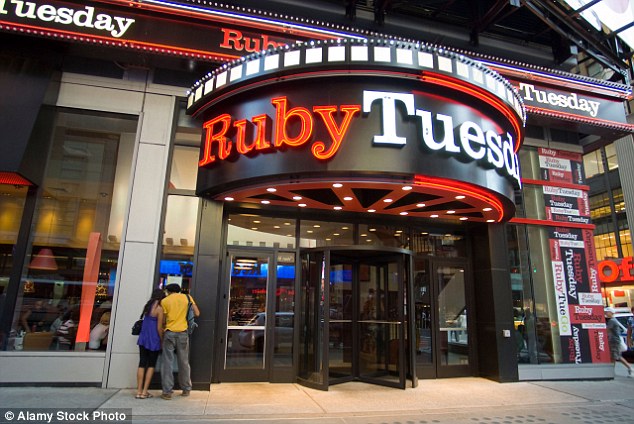 Ruby Tuesday’s Times Square location was sued for wage theft by a former bartender, Amanda Zarfos, who alleges that the restaurant failed to pay tipped employees for all hours worked and violated the so called 80/20 rule. The lawsuit, filed in New York federal court, claims that during her employment at Ruby Tuesdays, servers and bartenders at Ruby Tuesday were improperly paid at the tipped minimum wage  rate for all hours worked even though they spent more than 20 percent of her shifts performing work that involved no customer interaction and did not generate tips.  For example, Zarfos was required to brew beverages, cut lemons, bake bread, help pack to-go orders, and wipe wood.  According to the Department of Labor’s Field Operations Handbook, The FLSA permits the employer to take a tip credit for time spent in duties related to the tipped occupation of an employee, even though such duties, are not by themselves directed toward producing tips, provided such related duties are incidental to the regular duties of the tipped employees and are generally assigned to the tipped employee. For example, duties related to the tipped occupation may include a server who does preparatory or closing activities, rolls silverware and fills salt and pepper shakers while the restaurant is open, cleans and sets tables, makes coffee, and occasionally washes dishes or glasses.  However, where the facts indicate that tipped employees spend a substantial amount of time (in excess of 20 percent of the hours worked in the tipped occupation in the workweek) performing such related duties, no tip credit may be taken for the time spent in those duties. All related duties count toward the 20 percent tolerance. Similarly, the New York Labor law has an analogous prohibition covering non-tipped work exceeding 20 percent of a shift. Attorneys for the restaurant workers also claim that tipped employees were required to work off-the-clock without pay. The lawsuit claims that employees were not allowed to clock in despite the restaurant knowing and expecting them to start working.  Willful refusal to pay employees wages for off-the-clock work is a violation of the Fair Labor Standards Act and the New York Labor Law.