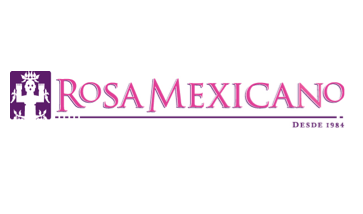 Rosa Mexicano, the upscale Mexican restaurant chain, is being sued by its servers for stealing wages. Attorneys for the workers allege Rosa Mexicano failed to pay waitstaff minimum wage and  overtime wages and misappropriated tips in violation of the Fair Labor Standards Act (“FLSA”) and New York Labor Law (“NYLL”). According to the wage theft lawsuit, Rosa Mexicano claimed an invalid tip credit and improperly paid their waitstaff at a tipped minimum wage instead of the full minimum wage. The waitstaff claims in their lawsuit that Rosa Mexicano did not inform them they would be paid at tipped minimum wage and misappropriated their tips, violating the FLSA and NYLL. Tips were shared with “floaters”, who conducted miscellaneous tasks around the restaurant without ever having customer contact. According to the lawsuit, these “floaters” were not entitled to sharing in a tip pool, invalidating Rosa Mexicano’s tip credit. The lawsuit claims that Rosa Mexicano did not pay waitstaff for hours worked over forty per week. Some former servers claim to work up to 50 hours per week without receiving overtime pay. The lawsuit also alleges that waitresses, waiters, bussers, and bartenders did not receive “call-in pay” required under NYLL, when they reported for work only to be sent home before being able to work three hours. One of the former workers claims this happened on 146 shifts. Attorneys for the waitstaff seek to recover unpaid minimum wages, unpaid overtime wages, unpaid “call-in pay”, liquidated damages and attorneys’ fees. Rosa Mexicano has locations in New York, New Jersey, Los Angeles, San Francisco, Miami, Boston, Atlanta, Washington D.C., Baltimore, and Minneapolis. The workers are represented by Fitapelli & Schaffer, a New York law firm.