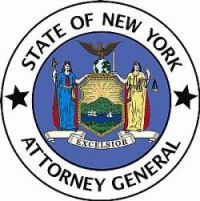 A New York owner has been arrested for failure to pay more than $35,000 in required minimum wage and overtime pay to five former employees, including cooks, cleaners, and cashiers. Elisa Parto, owner of restaurant Elisa’s Food & Plus, Inc. in Port Chester, NY, and Elisa’s Good & Plus, Inc. face multiple counts of Failure to Pay Wages under Labor Law Section 198-a(1), an unclassified misdemeanor. Elisa Parto faces a maximum jail term of one year, and both she and her company face maximum fines, in addition to restitution of $5,000 to her employees. Ms. Parto opened her restaurant in 2010 and failed to pay the minimum wage and overtime pay to five employees who sometimes worked more than 70 hours a week between 2010 and 2014. New York's hourly minimum wage is $8.00 and New York and Federal Law require employers to pay time and a half when an employee works more than 40 hours a week. New York Labor Law also requires employers to pay wages no later than seven days after the end of the week when the wages were earned. In a press release regarding the arrest, Schniederman stated that, “My office will take aggressive action, including criminal charges, where appropriate, against business owners who fail to properly compensate their employees for hours worked,” Attorney General Schneiderman said. “Protecting the livelihoods of hardworking New Yorkers is a priority for my office.”