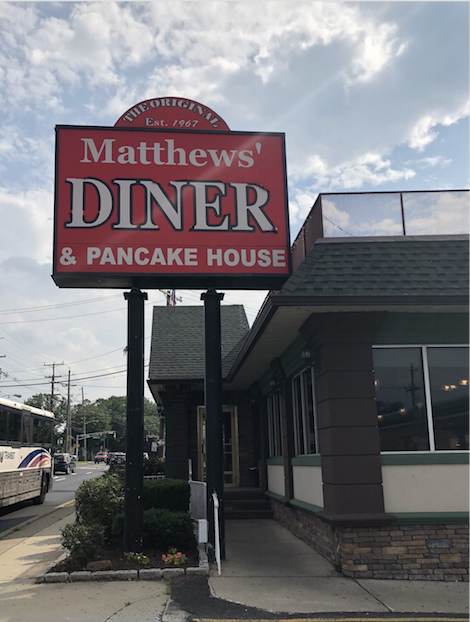 Matthews’ Diner and Pancake House, located in Northern New Jersey, has been hit with a wage theft lawsuit by a former kitchen worker. The lawsuit, filed in New Jersey Federal Court, claims the diner failed to pay employees the federal minimum wage or pay them for overtime hours, in violation of the Fair Labor and Standards Act (FLSA) and the New Jersey Wage and Hour Law.

According to the lawsuit, the diner failed to pay workers at federal minimum wage or for overtime hours. The former kitchen worker’s duties included washing dishes and vegetable preparation. The kitchen worker (and others in a similar position) was paid a fixed weekly salary of $300 in cash per work week. The minimum wage in the state of New Jersey as of 2018 is $8.60.In a forty-hour workweek this fixed-salary results in hourly payment below $8.60. The lawsuit claims that throughout his employment, which lasted eight years, Matthews failed to pay him the statutory minimum wage.

The fixed weekly salary of $300 was paid regardless of the actual hours worked, which the lawsuit states was a fifty-four per workweek. As a result of this pay practice, the kitchen worker never received any payments for overtime hours worked in excess of forty per workweek. The Fair Labor andStandards Act and the New Jersey Wage and Hour Law require non-exempt employees to be paid overtime at a rate of one and a half time their normal hourly rate for any hours exceeding forty in a given workweek.

In addition, the lawsuit claims that Matthews failed to keep accurate records of hours worked per week by its employees or provide them with documentation of their hours or wages, in violation of the Fair Labor andStandards Act.

The kitchen workers are represented by Vivianna Morales and Catalina Cadavid of Pechman Law Group PLLC.