New Orleans Restaurants Agree to pay $115,000 in Back Wages For Overtime and Minimum Wage Violations

Home >
Back Wages
>
New Orleans Restaurants Agree to pay $115,000 in Back Wages For Overtime and Minimum Wage Violations
Back

New Orleans Restaurants Agree to pay $115,000 in Back Wages For Overtime and Minimum Wage Violations 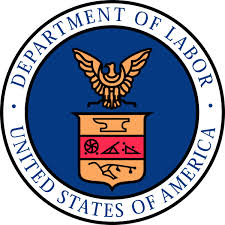 Hana Japanese Steakhouse and Sushi Bar, headquartered in New Llano (LA) has agreed to pay 135 servers and chefs $114,978 in back wages after an investigation by the U.S. Department of Labor’s Wage and Hour Division found violations of the Fair Labor Standards Act’s overtime, minimum wage and record-keeping provisions. Affected employees worked at the restaurant establishments in Alexandria, Leesville, Natchitoches and Shreveport, Louisiana. Investigations conducted by the division’s New Orleans District Office found that the servers and chefs were paid a fixed salary, regardless of hours worked, that often resulted in their hourly wages falling below the federal minimum wage of $7.25 per hour. These employees worked an average of 50 to 55 hours per week and were paid straight time wages, rather time and a half their regular rates of pay for hours worked beyond 40 in a workweek, as required by the FLSA. The employer also failed to maintain accurate records of employees’ work hours, in violation of the act’s record-keeping requirements. The Department of Labor’s investigation uncovered systemic wage violations throughout the five restaurants that affected many vulnerable workers. “We are pleased that these hard-working servers and chefs will finally be paid their rightful wages and that the employers have agreed to take specific steps to prevent future labor violations,” said Cynthia Watson, Regional Administrator for the Wage and Hour Division in the Southwest. “The restaurant industry employs some of our country’s lowest-paid workers, who are vulnerable to disparate treatment and labor violations. This case demonstrates our commitment to protecting workers and ensuring a level playing field for law-abiding employers.” As a result of the Department of Labor investigations, the restaurants have agreed to pay all back wages due to the affected employees at the five locations. The restaurants have also committed to implementing a number of changes to their employment practices to ensure that all hours worked by their employees are properly recorded and compensated, in according with the FLSA. Payment of back wages is ongoing. The FLSA requires that covered, nonexempt employees be paid at least the federal minimum wage of $7.25 for all hours worked, plus time and a half their regular rates of pay, including commissions, bonuses and incentive pay, for hours worked beyond 40 per week. Additionally, the law requires that accurate records of employees’ wages, hours and other conditions of employment be maintained.