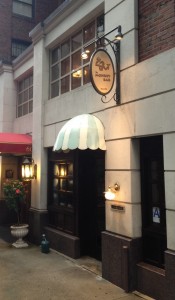 Monkey Bar, a popular New York City restaurant owned by Graydon Carter (best known as the Publisher of Vanity Fair), has been hit by a lawsuit in Manhattan federal court for race discrimination and violation of wage payment laws. Attorneys for Samuel Prabir, a food runner at Monkey Bar, claims that he spent more than 20% of his workdays performing non-tipped work, such as polishing silverware, setting up the expediter’s station, and preparing sauces. According to the lawyers for the worker, he was also harassed by other workers at the restaurant because of his Bengali national origin.  The lawsuit alleges that he was wrongfully discharged when he complain to restaurant management about the discrimination.