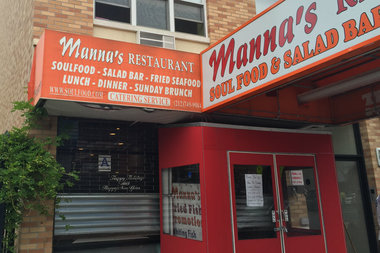 The soul food and salad bar restaurant chain Manna’s will pay a total of $956,482 in back wages and liquidated damages to 85 low-wage workers following an investigation by the department’s Wage and Hour Division. The restaurants will also pay $31,952 in post-judgment interest and $39,737 in civil money penalties to the department because of the repeated and willful nature of the violations of the Fair Labor Standards Act (FLSA). The restaurants engaged in widespread violations of the FLSA’s minimum wage, overtime and record-keeping requirements. Specifically, the restaurants paid cooks, dishwashers and cashiers flat salaries for all hours worked instead of paying them overtime at time and one-half their regular rates of pay when they worked more than 40 hours in a workweek, as the law requires. In addition to paying the back wages owed, the restaurant chain agreed to maintain future compliance with the FLSA. The restaurants will post FLSA posters in English and any other languages spoken by employees and will inform employees of the terms of the judgment in a language they understand. The FLSA requires that covered employees be paid at least the federal minimum wage of $7.25 per hour, as well as time and one-half their regular rates for every hour they work beyond 40 per week. The law also requires employers to maintain accurate records of employees’ wages, hours and other conditions of employment, and prohibits employers from retaliating against employees who exercise their rights under the law. The FLSA provides that employers that violate the law are, as a general rule, liable to employees for back wages and liquidated damages payable to the workers.