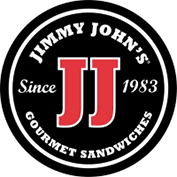 Food preparers and drivers at Jimmy John’s Gourmet Sandwich Shop, a nationwide sandwich chain with over 2,000 franchises, are required to sign a non-competition agreement that forbids them from working at “any business which derives more than 10% of its revenue from selling submarine, hero-type, deli-style, pita and/or wrapped or rolled sandwiches.”   This clause is effective for two years and is limited to restaurants “located within three miles of any Jimmy John’s Sandwich Shop.” Members of the U.S. House of Representatives have now urged the Department of Labor and Federal Trade Commission to investigate the legality of the Jimmy John’s clause and the overuse of non-compete restrictions for low wage workers. Rep. Joe Crowley of New York and Rep. Linda of California explain that, "There is no justifiable business interest in imposing such a restriction on restaurant employees that are not privy to any of the company’s proprietary information" and "Furthermore, we believe this practice can intimidate working individuals, many of whom are struggling to support themselves and their families while earning barely above the minimum wage." The non-compete clause has also been included in an overtime lawsuit filed against Jimmy John’s in Federal Court this summer. The workers bringing the lawsuit recently amended their Complaint to include a claim that the non-compete agreement is “wholly unnecessary, oppressive, overly broad, unreasonable, against public policy, void and unenforceable.” The lawsuit seeks unpaid wages as well as an injunction to prohibit Jimmy John’s from enforcing the Non-Compete agreement.