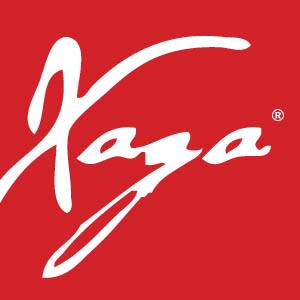 Two Xaga Sushi restaurants located in Merrick and Hewlett, Long Island will pay $261,887 in back wages and liquidated damages to 70 low-wage workers as part of a consent judgment obtained in federal court by the U.S. Department of Labor, along with $26,322 in civil money penalties.

An investigation by the U.S. Department of Labor’s Wage and Hour Division found that the two Nassau County restaurants violated the minimum wage, overtime and record-keeping requirements of the Fair Labor Standards Act (FLSA). Specifically, the restaurants paid their employees, who regularly worked from 42 to 50 hours per week, a flat monthly salary with no overtime pay for those hours worked above 40 in a workweek. In addition, the restaurants also operated an illegal tip pool in which tipped employees, such as the front of the house staff, were required to share their tips with kitchen staff.  Workers were paid in cash, and adequate payroll records were not kept by the restaurants.

The judgment, which was filed in the U.S. District Court for the Eastern District of New York in Central Islip, was filed by the department’s Regional Office of the Solicitor in New York City. The judgment prohibits the defendants from withholding payment of the back wages and damages, requires them to pay proper minimum wage and overtime to employees, and to maintain adequate and accurate records of wages and work hours.

“These at-risk workers will now receive the wages and tips to which they are entitled under the FLSA,” said Irv Miljoner, the division’s Long Island district director. “Not paying legally required minimum wage and overtime deprives these workers and their families of money for daily living expenses. It also undercuts those employers who choose to obey the law and pay their workers properly.”

The investigations were conducted under the Wage and Hour Division’s multiyear enforcement initiative, which focused on various sectors of the Long Island restaurant industry. In addition to identifying wage violations and recovering money for underpaid workers, the initiative’s goal is to permanently change industry behavior to ensure proper compensation for all workers and a level playing field for all employers.

The FLSA provides restaurant workers’ rights to be paid at least the federal minimum wage of $7.25 per hour, as well as time and one-half their regular rates for every hour they work beyond 40 per week. The law also requires employers to maintain accurate records of employees’ wages, hours and other conditions of employment, and prohibits employers from retaliating against employees who exercise their rights under the law. The FLSA provides that employers who violate the law are, as a general rule, liable to employees for back wages and liquidated damages payable to the workers.