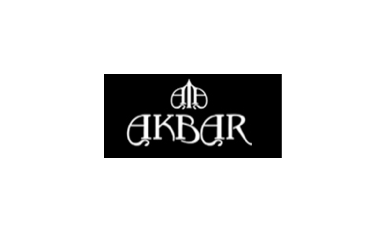 A Garden City restaurant and catering hall will pay a total of $285,800 in back wages and liquidated damages to 24 underpaid employees to resolve violations of the minimum wage, overtime and recordkeeping requirements of the Fair Labor Standards Act. The restaurant will also pay $24,200 in civil money penalties to the U.S. Department of Labor and take corrective action to prevent future violations as part of a consent judgment filed with the U.S. District Court for the Eastern District of New York. An investigation by the department’s Wage and Hour Division found that Akbar Restaurant & Caterer on Long Island willfully failed to pay employees properly and maintain accurate records of wages and work hours between July 2012 and March 2016. Specific violations included:

After withholding an employee’s paycheck because he refused to sign a false affidavit, the department obtained a temporary restraining order in July 2016, which enjoined the defendants from interrogating current and former employees about their communications with the government, and withholding wages from or terminating or threatening employees they believed cooperated with the division’s investigation. The court also ordered that the defendants permit department representatives to read a statement to the restaurant’s employees about their right to participate in the investigation. “These employees work long hours at demanding jobs and deserve to be paid the wages they have rightfully earned. They also have the right to be free of intimidation by their employer,” said Irv Miljoner, director of the division’s Long Island District Office. “Employees have a legal right to participate in and cooperate with an investigation without fear of retaliation.” “The Long Island restaurant industry should take note of the resolution of this case and the strong remedies obtained. Cheating workers of their wages not only harms them, it also puts at a competitive disadvantage those employers who obey the law in the first place. Intimidating or retaliating against employees is not only unacceptable behavior, it is illegal behavior. The department will not hesitate to pursue and secure appropriate and effective corrective action,” said Jeffrey S. Rogoff, the regional solicitor of labor in New York. In addition to the payment of the back wages and liquidated damage, the consent judgment requires the defendants to use an automated timekeeping system for all of their employees, and post and provide employees with notices informing them of the resolution of the lawsuit and their FLSA rights in English, Spanish and Hindi.