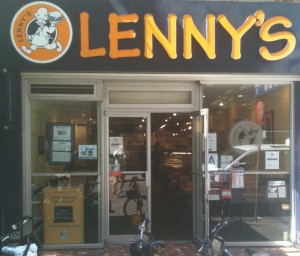 The New York State Department of Labor has reached a $5.1 million settlement with Lenny's, a New York City-based sandwich chain with several locations, for minimum wage and overtime violations affecting over 800 workers. This settlement is the largest recorded settlement for workers in the Department of Labor’s 110-year history. According to the Department of Labor’s press release, from 2002 to 2008, over 800 employees from eleven Lenny’s locations were cheated out of millions of dollars. The Department of Labor’s investigation found that employees were regularly paid less than the minimum wage and were not paid overtime wages. Employees worked 10 to 12 hours a day, six to seven days a week, at an average weekly salary of $275 per week. As required under the state’s minimum wage and overtime law, however, the workers should have been paid at least $500 per week for the same number of hours worked. In addition, time records kept by the employer were not accurate and wage statements were not provided to workers, as required by law. As a result of its investigation, the Department of Labor has reached a $5.1 million settlement with Lenny's for wages, damages, and penalties. The Department of Labor has received a $1 million down payment and Lenny's will pay the remaining $4 million in full over the next twenty-four months. Lenny's is paying $100,000 in penalties to the state.  Employees will receive the first installment of their unpaid wages beginning in June 2011. New York State's minimum wage is now $7.25 per hour. Employers are required to pay overtime for weekly hours past 40 at 1.5 times the employee's regular pay rate.