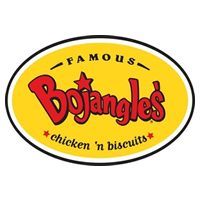 A Bojangles’ restaurant violated the discrimination laws when it failed to accommodate a Muslim employee's religious beliefs and then fired him because of his religion, according to a lawsuit brought by the U.S. Equal Employment Opportunity Commission (EEOC). According to the EEOC's discrimination lawsuit, Devin Charles has been a practicing Muslim for the past 14 years. As a male Muslim member of his sect of the Sunni branch of the Islamic faith, Charles is required to grow and maintain a beard and is not allowed to trim or cut his beard unless it exceeds the length of his fist when holding his beard in his closed hand under his chin, commonly referred to as "fist length." In accordance with his sincerely held religious beliefs, Charles has not trimmed or cut his beard unless it exceeded a fist length. Attorneys for the EEOC claimed in the lawsuit that Charles applied for a job with a Bojangles' restaurant in Charlotte, North Carolina and on May 17, 2012, he was interviewed by a Bojangles' restaurant manager for a food prep position. After the interview, the manager of the restaurant informed Charles that he might need to cut his beard, to which Charles responded that he could not cut his beard for religious reasons, informing her that he was a Muslim. Charles was hired and worked at the restaurant on May 18 without incident. However, on the following day, the manager instructed Charles that her supervisor, the district manager, had come to the restaurant, seen Charles' beard and instructed her to tell Charles that he needed to shave off his beard to continue working for Bojangles'. Charles reminded the manager that he could not cut his beard because of his religion, and requested an accommodation of wearing a beard net, similar to a hair net, which the restaurant manager refused. The restaurant manager told Charles to leave the restaurant, and to not return to work until he shaved off his beard. Charles refused to shave his beard and was consequently fired, the EEOC said. Title VII of the Civil Rights Act of 1964 requires employers to make reasonable accommodations for the sincerely held religious beliefs of employees as long as doing so does not pose an undue hardship on the employer.