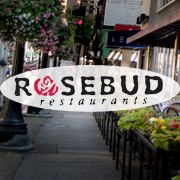 African Americans were denied waiter positions at a number of Chicago restaurants owned by Rosebud Restaurants Inc. according to a lawsuit filed by the Equal Employment Opportunity Commission. The complaint, which was filed in Federal Court in Chicago, claims the founder and owner of Rosebud Restaurants Inc., Alex Dana, and other management employees have discriminated against black job applicants.  The lawsuit claims that at the time of filing most of the restaurants had no black employees.  Rosebud Restaurants owns and operates several popular restaurants in the Chicago Area including Carmines in Chicago, Rosebud of Highland Park, and Ristorante Centro. The EEOC is seeking a permanent injunction to prevent future discrimination by the restaurants against African American applicants. It also seeks back pay, compensatory and punitive damages for an undisclosed number of applicants who were denied employment because of their race.