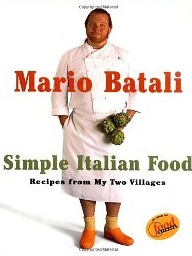 On September 13, New York federal court Magistrate Judge Ronald L. Ellis approved a $5.25 million dollar settlement between current and former tipped service workers and Mario Batali’s eight New York City restaurants: Babbo, Bar Jamon, Casa Mono, Del Posto, Esca, Lupa, Otto, and Tarry Lodge.  The following day, September 14, New York federal court judge Paul A. Engelmayer gave final approval to an $8.5 million settlement agreement between Pier Sixty, a premier banquet hall in New York City, and current and former workers of the catering hall for alleged unfair wage practices and other violations of waiters’ rights. The Batali lawsuit, which was filed in 2010, alleged that the Batali restaurants violated the Fair Labor Standards Act and the New York Labor Law by: (1) unlawfully deducting the equivalent of four to five percent of each shift’s wine or alcoholic beverage sales from the tip pool; (2) unlawfully taking a “tip credit” and paying the waitstaff less than the minimum wage; and (3) failing to pay employees spread-of-hours pay when they worked more than ten hours in a day. The Batali Settlement creates a fund of $5,250,000 for approximately 1,100 class members.  The eligible employees consist of all individuals who worked at the restaurants as captains, servers, waiters, waitresses, bussers, runners, back waiters, bartenders, and/or barbacks from July 22, 2004 to February 14, 2012.  The Batali restaurant workers will receive a proportional share of the Settlement based on the number of hours they worked, the restaurant at which they worked, and the percentage of total tips received during their employment. The Pier Sixty Complaint, which was filed in 2008, alleged that the banquet facility misappropriated gratuities when it charged its customers a 20-22% service charge but failed to distribute the service charge monies in full to its waitstaff.  The lawsuit also alleged that the banquet hall failed to pay its workers overtime pay as required under the law.  The Pier Sixty Settlement Agreement creates a fund of $8,500,000 for approximately 2,300 class members who were banquet servers any time between November 25, 2002 and February 24, 2012. The Batali settlement of $5.25 million is a record for a multiple restaurant case in New York.  The $8.5 million settlement in the Pier Sixty case is the largest payment to date of any reported wage and hour lawsuit in the New York hospitality industry.  The record for a single restaurant settlement in New York is $3.15 million for the 2009 settlement involving Sparks Steakhouse.