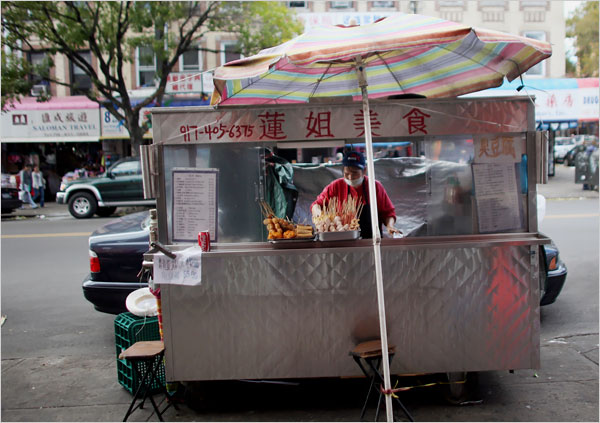 The owners of several food carts in New York City owe $60,000 in back wages and liquidated damages to two employees according to a decision by Judge Andrea Masley, New York Civil Court Judge. Judge Masey held that the food cart owners violated the New York Labor Law as they did not pay overtime when employees worked more than 40 hours in a work week and also made unlawful deductions by requiring employees to pay the cost of any tickets issued while working. Judge Masley awarded liquidated damages because the violations were willful, despite one owner’s argument that he is a “simple man” who was unaware of the applicable labor laws. Judge Masley noted that the owner’s “ignorance on basic labor laws will not shield him from penalties associated with complying with the law.”