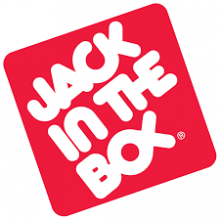 Jack in the Box has misclassified its store managers as overtime ineligible in order to cut its overtime pay obligations, according to a lawsuit filed in California federal court. The lawsuit claims that Jack in the Box, through a central business policy, requires its store managers to cover many work tasks of their subordinate employees. These assignments include working the drive-thru and the fryer, preparing food, cleaning up, and unloading products, as well as other like jobs. The store managers claim that despite performing these overtime pay eligible tasks, Jack in the Box mischaracterized them as ineligible for OT pay and has not paid them what they are owed. The lawsuit alleges that as result of this system, store managers were also regularly prevented from taking meal and rest breaks because they were assigned too much work and given no relief. Jack in the Box allegedly paid its store managers a fixed salary amount that ultimately ended up being less than the minimum wage. Further, the store managers claim they were denied overtime pay although they “regularly” worked more than eight hours in a day or 40 hours in a workweek. They also claim that Jack in the Box did not reimburse them expenses for necessary travel costs in moving products between restaurants, and that they are not paid their fully owed wages upon the termination of their employment.