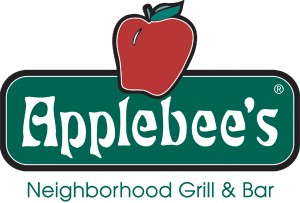 A tipped waiter who spends more than twenty percent of his time performing work which does not generate tips should receive the full federal minimum wage of $7.25 per hour and not the reduced wage for tipped employees allowed under the law, according to the Eighth Circuit Court of Appeals.  The Court’s decision in Fast v. Applebee’s International, Inc., a class action case, was issued on April 21, 2011.  The decision addresses important issues as to the proper rate of compensation for servers in restaurants who perform significant “side work.” A “tipped employee” as used in § 203(m) of the Fair Labor Standards Act is defined as “any employee engaged in an occupation in which he customarily and regularly receives more than $30 a month in tips.”  The tip credit, which allows restaurants to pay a reduced minimum wage (in New York that rate is now $5.00 per hour), applies only to workers engaged in an occupation where the employee “customarily and regularly receives more than $30 a month in tips.”  The parties in the Applebee’s case did not dispute that the servers and bartenders involved in the case were engaged in an occupation in which they customarily and regularly received at least $30 per month in tips and were “tipped employees” under the FLSA.  The dispute before the Court revolved around whether the servers and bartenders were “engaged” in those occupations when Applebee’s required them to perform duties that did not directly result in a tip, such as cleaning and maintenance duties commonly referred to in the restaurant industry as “side work.”  Applebee’s argued that the statute is focused on the occupation, not the specific duties performed, such that the restaurant could take the tip credit for the entirety of a server’s or bartender’s shift, as long as the employee received sufficient tips during the shift to make up the difference between $2.13 per hour and $7.25 per hour, regardless of how much time the employee spent performing tip-producing duties.  The employees argued that Applebee’s required them to perform duties outside of the server and bartender occupations for significant parts of their shifts, such that they were entitled to full minimum wage rates when they were not “engaged” in the duties of those occupations. The Court of Appeals agreed with a lower court decision that as long as the time spent performing non-tipped duties is substantial, the tip credit may not be used for these hours performing non-tipped work.  The Court adopted the twenty percent threshold set by the United States Department of Labor’s Field Operations Handbook as a guide to determine whether the non-tipped work was substantial or merely incidental to the employee’s tipped duties. In January of this year, the New York State Department of Labor issued a Hospitality Industry Wage Order in which it also adopted an “80/20” rule, stating that on any day that a service employee or food service worker works at a non-tipped occupation (a) for two hours or more, or (b) for more than twenty percent (20%) of his or her shift, whichever is less, the wages of the employee shall be subject to no tip credit for that day.