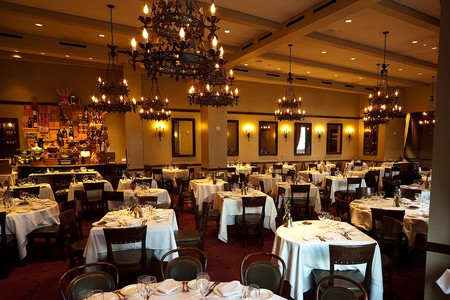 Il Mulino Manhattan, Il Mulino Tribeca, and Il Mulino Upper East Side were sued by former servers who claim that the restaurants cheated them out of their pay.

The lawsuit claims that servers were often scheduled to work double shifts and close to 50 hours per week, but their time cards were altered to reflect that they worked as less than 40 hours work, and thus they only received payment for that time. According to the Fair Labor Standards Act (FLSA), employees should be paid for any time they are required to be in the restaurant. When determining hours worked, an employer must include, not only the hours the employee spent doing job duties, but also any other hours where the employee is on the employer’s premises by their request including time spent setting up, cleaning up, or waiting for customers to arrive.

In addition, the wage lawsuit claims that the Il Mulino restaurants have mandatory tip pools that included individuals that did not provide customer service such as expeditors and dishwashers. Restaurants cannot require servers to share their tips with non-service employees who do not customarily and regularly receive tips.  Restaurants can only require waiters to split their tips from customers with other front of the house employees who provide personal service to customers as a principal and regular part of their duties.

The lawsuit claims that the restaurant knew that non-payment of minimum wage, overtime and improperly forcing the workers to share tips with management would economically injure the workers and that it violated federal and state laws.