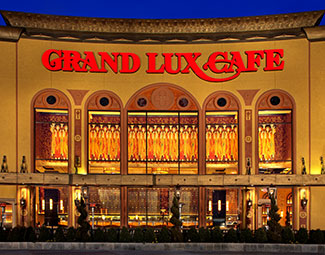 The Garden City, New York location of the Grand Lux Cafe, a chain of restaurants created by the founders of the Cheesecake factory, was sued by a former employee who worked for the restaurant as a busser and a dishwasher.  The lawsuit alleges that Grand Lux Cafe failed to pay its employees minimum and overtime wages they were entitled to in violation of the Fair Labor Standards Act (“FLSA”) and the New York Labor Law (“NYLL”), as well as other violations of NYLL and the New York State Wage Theft Prevention Act (“WTPA”).

The class action complaint alleges that employees were required to work off the clock. The employee who filed the lawsuit claims he worked upwards of forty-six hours per workweek and that although the restaurant had a system for employees to clock in and out, employees were told not to report more than forty hours each workweek. If employees reported the hours they actually worked over forty, the restaurant would give them less shifts.  The FLSA requires that employers keep accurate record of hours worked.

When the former employee worked as a dishwasher, he claims the restaurant paid him at a flat rate of $75 per shift, regardless of the number of hours he actually worked, thus failing to pay him the overtime wages he was entitled to under the FLSA and NYLL.  Employers are required to pay employees for hours worked over forty each workweek at a rate one and a half times their regular rate, which cannot be less than the minimum wage.

Other violations alleged in the complaint include failure to provide pay stubs with wages, failure to pay employees for an extra hour at the minimum wage when the employee’s day spanned more than ten hours (known as spread-of-hours pay), and paying employees every two weeks instead of every week.