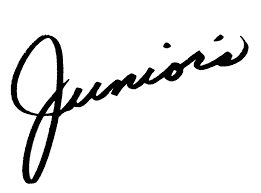 A U.S. Department of Labor Wage and Hour Division investigation found that Junior’s Supper Club, an Oklahoma City fine dining institution open since 1973, violated the minimum wage, overtime and recordkeeping provisions of the Fair Labor Standards Act (FLSA). The Department of Labor (DOL) investigation revealed that Junior’s failed to combine hours worked by employees who performed more than one job duty at the restaurant (i.e., server and busser) during a workweek. As a result, the restaurant failed to recognize when these employees worked more than 40 hours in a week and did not pay them overtime as required by the FLSA. The DOL investigation also found that Junior’s illegally deducted time from worker’s pay when no work was available (i.e., no customers in restaurant), although employees were ready to serve. This resulted in minimum wage and overtime violations for the unpaid time. In addition, the DOL investigation disclosed that Junior’s did not keep accurate records of the total number of hours employees worked in a week, a recordkeeping violation under the FLSA. In settlement of the wage theft claims, Junior’s paid a total of $52,487 to nine workers and agreed to keep accurate records and comply with all provisions of the FLSA in the future. “Restaurant workers are among the most vulnerable workers we see in Oklahoma,” said a DOL representative. “If an employer requires workers to be ready to serve customers whenever they walk in, the employer must pay workers for the times when there may be no customers in the facility. These workers depend on every penny they rightfully earn; cheating them out of overtime has a tremendous impact on them and their families. The resolution of this case signals the division’s commitment to protecting restaurant workers, and leveling the playing field for employers who pay their workers legally.”