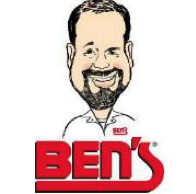 A former cook at Ben’s Kosher Deli, has sued the restaurant chain for wage theft in New York federal court. The lawsuit was filed by Michael Palermo, who worked at the Greenvale, Long Island location of the restaurant. Palermo claims that he worked between 72-96 hours each week, 12-16 hours per day, six days per week. According to lawyers for Palermo, the deli only paid him forty hours per week, not paying the cook any wages, including his over time wages of time and one-half, for hours that he worked in excess of forty per week. Palermo claims that Thanksgiving week in 2012, he worked approximately 100 hours and was only paid for forty of those at his regular hourly rate of $26.44. The lawsuit seeks to recover unpaid wages, overtime compensation, and compensation for not receiving wage notices and statements as required by the Fair Labor Standards Act and the New York Labor Law.