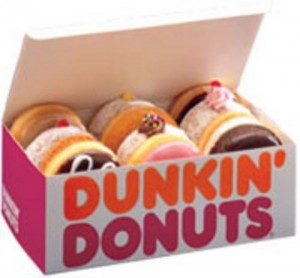 A sex harassment complaint filed by the Equal Employment Opportunity Commission (“EEOC”) against a Wynantskill, New York Dunkin’ Donuts has settled for $290,000.  The Consent Decree, approved by a federal court judge in the Northern District of New York on May 27, 2011, provides for the franchise company, College View Donuts, LLC, to compensate 15 former female employees and to change the operations and procedures of the entire franchise company. The lawsuit alleged that a male manager made frequent and repeated unwelcome sexual comments to and about female employees, including telling them that they were “hot” and that he preferred virgins, asking them about their sex lives, and describing in detail the sexual acts he wanted to perform on them.  The manager made comments about customers’ bodies and whether he was attracted to them.  In addition, he grabbed, touched, hugged, rubbed, lifted, tickled, and attempted to kiss the female employees without their consent because of their sex.  Although the female employees, some of whom were teenagers, complained about the sexual harassment, Dunkin’ Donuts failed to effectively remedy the hostile work environment or prevent further harassment.  According to the EEOC, the manager was finally fired after the employees reported his conduct to the police, and he was arrested. In addition to paying $290,000 to the former employees, the company will be bound by a six-year consent decree enjoining it from engaging in further discrimination or retaliation.  The decree calls for the appointment of an EEO coordinator and training for all employees and managers on sexual harassment prevention.  The company must also issue a letter of apology to the women, revise its anti-discrimination policies and complaint procedures, post a notice to employees about the resolution of the lawsuit, and never re-hire the manager responsible for the harassment.