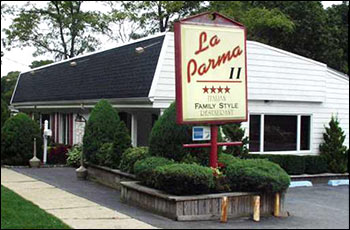 La Parma Restaurant, a family style restaurant in Oceanside, Long Island, has been sued by the Department of Labor for failure to pay its kitchen workers, bussers, and servers overtime pay, and for failing to keep accurate records in violation of the Fair Labor Standards Act (“FLSA”). While La Parma has three other locations, one in Port Washington, one in Huntington, and one in Williston Park, only the Oceanside location has been sued in this action.

The Department of Labor lawsuit seeks to recover unpaid overtime pay for thirteen employees of the restaurant.  The FLSA requires that non-exempt employees, such as servers, bussers, and non-managerial kitchen staff, that work over forty hours per workweek be paid for overtime hours at a rate of one and one-half their regular rate. The Department of Labor alleges that each workweek kitchen workers worked between fifty and fifty-three hours, bussers worked between forty-five and forty-seven hours, and servers worked between forty-one and forty-four hours. Regardless of the number of hours they actually worked, kitchen workers and bussers were paid a fixed weekly salary and servers were only paid for the first forty hours of work.  As a result of these pay practices, none of the employees received any payment for hours worked over forty each workweek.  In addition, the Department of Labor lawsuit claims that La Parma failed to keep track of actual hours worked by its employees and the payments made to them each week.