DOL Obtains Over $2.3M in Back Wages for 578 LI Restaurant Workers

Home >
Back Wages
>
DOL Obtains Over $2.3M in Back Wages for 578 LI Restaurant Workers
Back

DOL Obtains Over $2.3M in Back Wages for 578 LI Restaurant Workers 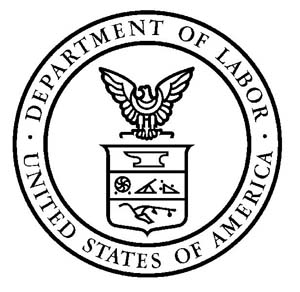 An ongoing enforcement initiative conducted by the U.S. Department of Labor's Wage and Hour Division has found widespread noncompliance with the minimum wage, overtime and record-keeping provisions of the Fair Labor Standards Act among full-service restaurants on Long Island. Under the initiative, the division has completed 46 investigations of pizza and pasta establishments and recovered $2,341,507 in back wages for 578 employees. In addition, the Department of Labor has assessed $202,315 in civil money penalties against employers for willful and repeated FLSA violations. In a November 29, 2011 press release issued by the Department of Labor, Secretary of Labor Hilda L. Solis stated, "This initiative reflects the Labor Department's commitment to protecting our nation's vulnerable workers by ensuring that employers meet their responsibilities under federal law. The Wage and Hour Division will continue to monitor full-service restaurants and other industries in which unlawful pay practices are widespread in order to level the playing field for the many employers who abide by the law and properly pay their employees." The Wage and Hour Division is particularly concerned about the prevalence of unlawful pay practices in the full-service restaurant industry, such as employers paying cash wages "off the books," rather than maintaining legally required employment records; paying employees a fixed salary or shift pay for hours worked, without regard for the FLSA's minimum wage and overtime requirements; and falsifying employees' time and payroll records. Investigators from the Department of Labor’s Long Island District Office are inspecting restaurants throughout the jurisdiction to identify patterns of minimum wage, overtime and record-keeping violations, and to remind workers of their rights under the FLSA. These inspections include thorough reviews of payroll records as well as interviews with employees to assess employer compliance with all applicable labor standards. Other strategies include surveillance of employers who may be committing violations, using penalty assessments to increase the cost of noncompliance, and coordination with local agencies and criminal enforcement authorities to combat willful violations, such as falsification of records and tax filings. When violations are found, the Department of Labor is using all enforcement tools available — including litigation, administrative subpoenas, civil money penalty assessments and liquidated damages — to ensure accountability and deter future violations. Based on the findings of its investigations, Department of Labor attorneys have pursued litigation against 26 local establishments, recovering more than $1,914,000 in back wages and liquidated damages for more than 300 local restaurant employees. These defendants also have been assessed more than $127,000 civil money penalties for willful and/or repeat violations of the FLSA. The FLSA provides that employers who violate the law are liable to employees for the back wages as well as an equal amount in liquidated damages. The FLSA requires that covered employees be paid at least the federal minimum wage of $7.25 per hour, as well as one and one-half times their regular rates for every hour they work beyond 40 per week. The law also requires employers to maintain accurate records of employees' wages, hours and other conditions of employment, and prohibits employers from retaliating against employees who exercise their rights under the law. Employers who violate the FLSA can be liable to employees for the back wages as well as an equal amount in liquidated damages.