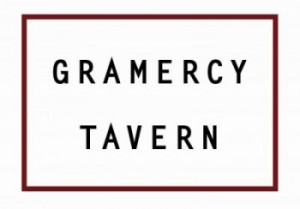 Two former busboys have sued Gramercy Tavern in a class action lawsuit alleging tip theft and tip credit violations. The case was filed in Manhattan federal court alleging New York Labor Law (NYLL) and Fair Labor Standards Act (FLSA) violations. Gramercy Tavern is owned by Danny Meyer, the restaurateur who recently announced that he plans to do away with customer gratuities at all his restaurants. The employees claim that the restaurant unlawfully required the waitstaff to share tips with non-tipped employees, including expeditors, polishers, and wine managers. According to the Complaint neither expeditors nor polishers performed any direct customer service. Wine managers interacted with customers but also had managerial duties, making them ineligible for the tip pool. The lawsuit states that due to these alleged violations, the restaurant was ineligible to claim a tip credit and was lawfully required to pay its waitstaff the statutory minimum wage ($8.75 in New York), rather than the tipped minimum wage of $5.00 per hour. According to the lawsuit, Gramercy Tavern also made customers who booked private events pay a service charge of 20%. The service charge was allegedly retained by the restaurant, which is illegal because the customers thought the money was a gratuity for the employees. Attorneys for the workers are seeking unpaid wages, compensation for unlawful deductions, tip disgorgement, liquidated damages, and attorneys’ fees.