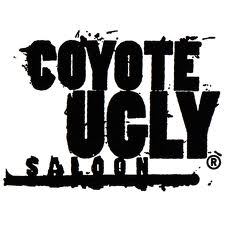 A Coyote Ugly bartender’s lawsuit, which alleged that that the restaurant’s practice of having tipped employees place their tips in a pool that included security guards, is moving forward. Denying the restaurant’s motion to dismiss, United States District Court, Middle District of Tennessee Judge Aleta Trauger held that the restaurant’s practice may run afoul of the Fair Labor Standards Act (“FLSA”) because the security personnel were not subject to a “tip credit,” but, rather, received an hourly wage that exceeded the minimum wage. The FLSA contains specific provisions concerning tipping and tip pools. First, an employer may only take a “tip credit” for the wages of “tipped employees.” Under the FLSA, a tipped employee is an “employee engaged in an occupation in which he customarily and regularly receives more than $30 a month in tips.” 29 U.S.C. § 203 (t) Tip-pooling arrangements are permitted amongst “tipped employees” who “customarily and regularly” receive tips. 29 U.S.C. § 203 (m). Judge Trauger noted that employees are eligible for a tip pool if they interact with the customers in a manner that does not detract from the experience. Drawing on its “reasonable understanding,” the decision observed that “the court is not convinced that a bouncer who had largely unpleasant, confrontational, or hostile encounters with customers would be eligible for a tip pool,” but reserved that issue for another day.