Chipotle Sued For “Off The Clock” Wages

Chipotle Sued For “Off The Clock” Wages 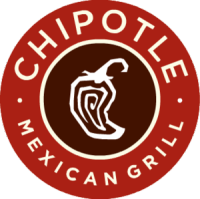 Chipotle Mexican Grill has been hit with a wage theft class action by a former worker who claims that there is a corporate policy requiring cooks, servers, cashiers, and cleaning workers to work “off the clock.” According to the class action lawsuit, filed on October 8 in Minnesota federal court, Chipotle required its hourly-paid workers to punch out at the end of their shift, then continue working on “clean up” and other related tasks. The restaurant worker also alleges that Chipotle held mandatory training and meetings for its workers, but did not pay them for attending. As a result, Chipotle failed to pay its workers minimum and overtime pay in violation of the Fair Labor Standards Act and Minnesota state wage laws. Attorneys for the workers are seeking unpaid minimum wages, unpaid overtime pay, liquidated damages, interest, and attorneys’ fees.