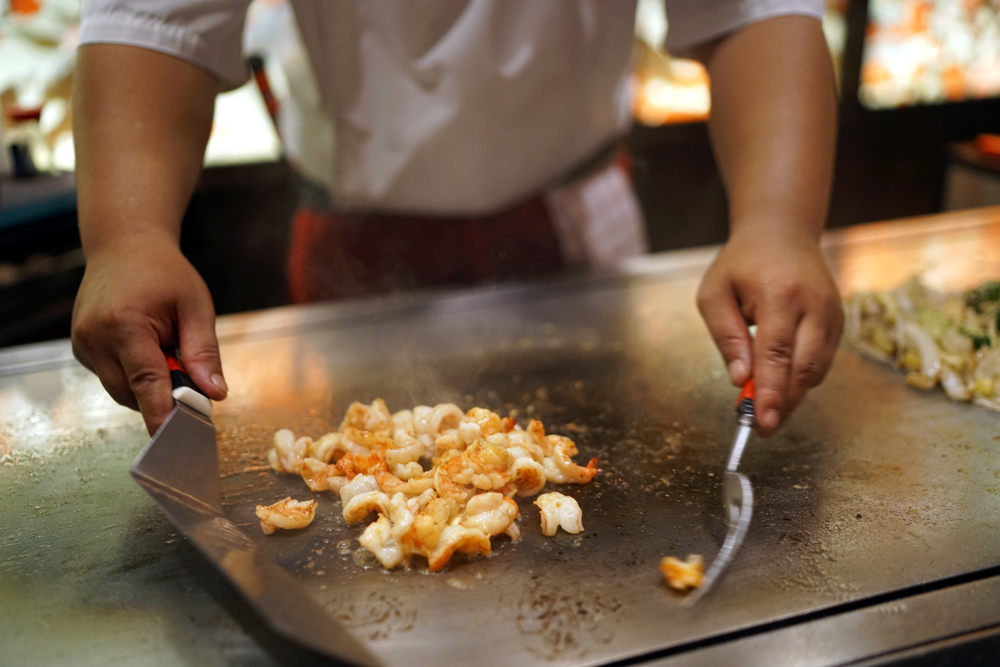 Several Boston-area hibachi restaurants failed to pay minimum wage or overtime, and are facing wage theft claims in federal court under federal and state law.  Chef Chun Lin Jiang says he was paid $3,200 a month while pulling 70-hour workweeks at the Tokyo Japanese Steak House restaurants in Saugus and Braintree Massachusetts between 2014 and June 2021.

Jiang's pay rate works out to a little over $11 an hour, according to the suit. Employers can pay tipped employees less if their tips make up the difference.  Jiang received some tips, and the restaurant owners allegedly claimed a "tip credit" against their minimum-wage obligations to Jiang without providing him required notice. The owners "failed to keep full and accurate records in order to mitigate liability for their wage violations," the lawsuit says.

Jiang aims to represent an FLSA collective action seeking back pay, and is also asking for treble damages on behalf of himself and a class of 40 or more other employees at four Japanese-themed restaurants the defendants control.  Although he only worked at two of the group's eateries, Jiang says the owners utilized the same illegal labor practices at their Bisuteki Tokyo Japanese Steak House in Cambridge and Tokyo Japanese Steak House in Newton.

"Current employees are often afraid to assert their rights out of fear of direct or indirect retaliation," the suit says. "Former employees are fearful of bringing claims because doing so can harm their employment, future employment, and future efforts to secure employment."  If you believe that you have been cheated out of your wages, please call the attorneys at Pechman Law Group at 212-583-9500.