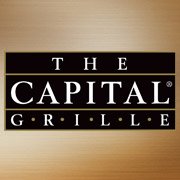 Servers and bartenders at The Capital Grille will get notice of a pending minimum wage and overtime lawsuit, according to a September 20 decision by a New York federal court.  Notice of the lawsuit will be sent to all tipped employees who worked at any of the forty-seven Capital Grille restaurants in the United States since November 17, 2008. The Capital Grille lawsuit claims that although servers spent a substantial amount of time, in excess of twenty percent of their shifts, performing opening and closing side work duties, the restaurant failed to pay them for that time at full minimum wage rate.  The wage lawsuit also alleges that servers were required to work "off the clock," and that waiters and bartenders were unlawfully denied overtime pay when they worked over forty hours in a week.  Another unlawful practice claimed in the Capital Grille lawsuit is that silverware polishers and dishwashers at certain restaurant locations who shared in the servers’ tips were actually tip-ineligible employees because they do not interact with customers, as their primary responsibility was to clean flatware and glasses in the kitchen area, away from table service. Joseph Fitapelli, a partner at the New York law firm Fitapelli & Shaeffer LLP, argued the case for the workers, which sets important precedent for restaurant workers' rights. The servers and bartenders were also represented by attorneys Maimon Kirchenbaum and Louis Pechman, founder of waiterpay.com