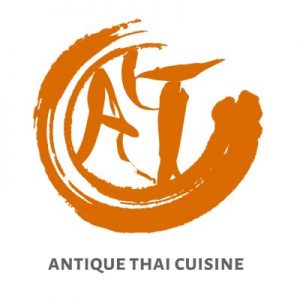 A San Diego restaurant wage theft investigation resulted in the owner's conviction and sentencing to two years' jail time for grand theft and labor violations. San Diego County Superior Court further requires the owner to repay $20,000 in stolen wages and tips to six of the restaurant workers. Evidence presented revealed that Zihan Zhang, owner of Antique Thai Cuisine in San Diego, targeted immigrant workers who were promised wages but then often paid only in tips. Some of the kitchen staff was paid as little as $4 an hour and forced to work during breaks and meal periods. The owner further collected a portion of the tips from the unpaid workers, and charged them $5 a shift for "glass breakage" to offset her operating costs. "Our investigation uncovered egregious wage theft and worker abuse - our collaboration with the San Diego District Attorney has resulted in the first criminal conviction of its kind in our state," said Labor Commissioner Julie A. Su. " California will continue to hold the line in ensuring that workers' rights are protected." The Labor Commissioner's Office referred the case in August 2014, and worked with the San Diego District Attorney's Office to bring the case to trial. It is the first criminal jury trial conviction in California for felony grand wage theft by false pretenses. Zhang was convicted of two felony counts of grand theft of labor for failing to pay workers as promised, one felony count of grand theft of tips and six misdemeanor charges, including two for refusing to pay wages when she had the ability to do so and four counts for failing to provide itemized wage statements "With the Labor Commissioner's assistance, we delivered justice for workers who were repeatedly abused by a dishonest employer," said San Diego County District Attorney Bonnie Dumanis. "Prosecuting these types of cases helps ensure a level playing field for honest employers to fairly compete in the marketplace." The trial included testimony from one worker who worked 12 days in a row, including double shifts, and was not paid her hourly wage. Video footage showed the worker asking Zhang about payments she was owed when Zhang fired her. Zhang also charged another server for customers' meals when they left before the food was served. The wage theft came to light in 2014 after some of the workers filed wage claims with the Labor Commissioner's Office. The Labor Commissioner's Office cited Antique Thai $36,617 in July of 2014, including assessments of $14,567 for rest and meal period premiums, wages, overtime and liquidated damages, and civil penalties of $22,050 for failure to provide itemized wage statements as well as overtime, minimum wage, rest and meal period requirements. Among its wide-ranging enforcement responsibilities, the Labor Commissioner's Office inspects workplaces for wage and hour violations, adjudicates wage claims, investigates retaliation complaints, and educates the public on labor laws. Its Wage Theft is a Crime multilingual public awareness campaign helps inform workers of their rights and employers of their responsibilities. The Labor Commissioner's Office, officially known as the Division of Labor Standards Enforcement, is a division of the Department of Industrial Relations (DIR).