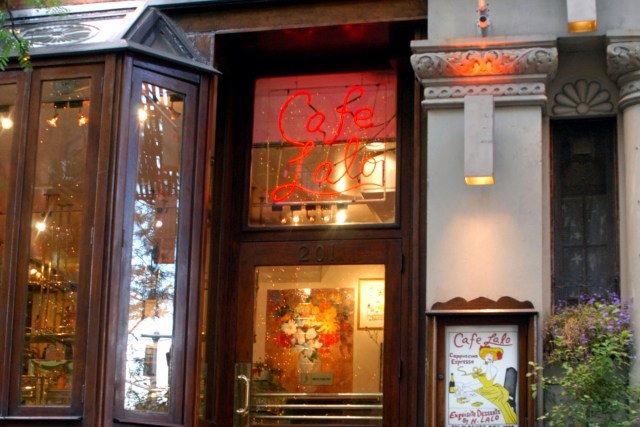 Current and former female servers at Café Lalo, an Upper West Side Café made famous by the movie “You’ve Got Mail” starring Tom Hanks and Meg Ryan, filed a class action lawsuit in Manhattan federal court. The lawsuit alleges that the staff was subjected to sexual harassment, discrimination, intentional infliction of emotional distress, and assault in violation of New York City and New York State Human Rights Law and Title VII of the Civil Rights Act. The lawsuit also alleges minimum wage, overtime compensation, and tip theft violations of the New York Labor Law (NYLL) and Fair Labor Standards Act (FLSA). The lawsuit claims that Café Lalo’s manager, Daniel Reyes, “treats the restaurant as his own personal dating service.” According to the complaint filed by thirteen former waitresses, Reyes regularly made sexual advances towards the waitresses and verbally and physically threatened them when they rejected his advances. Additionally, the lawsuit states that the waitresses did not receive the minimum wage and overtime pay they were lawfully entitled to receive. Servers were only paid for 40 hours of work though they regularly worked additional hours per week. They were also required to share their tips with the owner, managers and other employees who did not interact directly with customers. Lawyers for the class seek to recover damages for loss of income, lost future earnings, mental anguish and pain and suffering. For the claims of intentional infliction of emotional distress and assault they seek $2 million per server. They additionally seek to recover minimum wages, overtime compensation, misappropriated tips, unlawful deductions, compensatory damages, liquidated damages, and attorneys’ fees for the FLSA and NYLL violations.