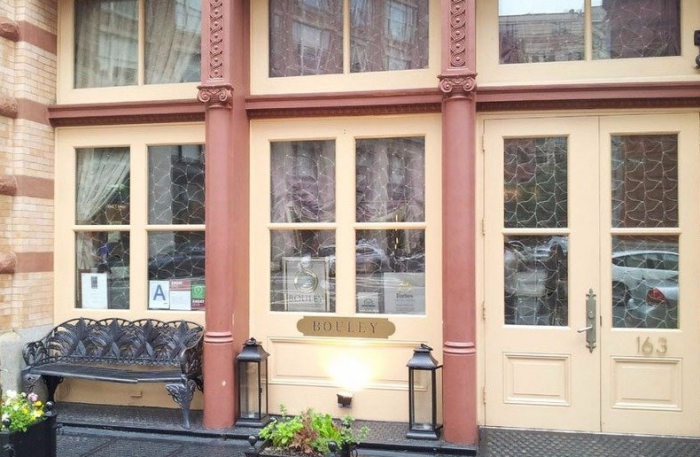 A former restaurant worker at three of David Bouley’s New York City restaurants and event spaces claims the world-famous Bouley institutions failed to pay tipped restaurant employees minimum wage and overtime pay in violation of the Fair Labor Standards Act (“FLSA”) and the New York Labor Law. The worker, who was employed as a runner at Bouley Restaurant, Bouley Test Kitchen, and Bouley Botanical from June 2010 to September 2016, also alleges that the restaurants required workers to pay to clean and maintain their uniforms out of their own pockets, and failed to provide workers with a pay notice or accurate wage statements, in violation of the New York Labor Law. In the collective and class action lawsuit, filed in federal court in the Southern District of New York, the runner asserts that the Bouley restaurants paid tipped employees, including captains, servers, front waiters, assistants, bussers, runners, and baristas at the tipped minimum wage, currently $7.50 in per hour in New York, while requiring them to share their tips with non-service employees.  Specifically, the runner claims the Bouley restaurants permitted expediters, who are back of house employees with little to no direct customer interaction, to participate in the tip pool.  He also says the restaurant never gave the tipped workers notice of its intent to use the tip credit provision. According to the FLSA, employers can take a “tip credit” and pay tipped employees below the federal minimum wage.  The United States Department of Labor regulations provide, however, that a restaurant will not qualify for the “tip credit” when tipped employees share tips with non-tipped workers who do not customarily and regularly receive tips, or when tipped workers do not receive notice of an employer’s intent to claim the tip credit.