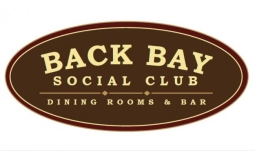 A group of 15 Boston-area restaurants and their owners, Patrick Lyons and Edward Sparks, have agreed to pay $424,000 to 409 employees to resolve alleged violations of the Fair Labor Standards Act (FLSA) identified by the U.S. Department of Labor. Investigations by the department's Wage and Hour Division found that employees of the following restaurants were not properly compensated for all work hours: Alibi Bar & Lounge; Back Bay Social Club; Bleacher Bar; The Estate; Game On; Harvard Gardens; Kings Boston; Kings Dedham; La Verdad; The Lansdowne Pub; Lucky's Lounge; Scampo; Sonsie; Sweetwater Café; and Towne Stove & Spirits. Many of these employees were paid straight time wages rather than time and one-half their regular rates of pay for hours worked in excess of 40 in a workweek, as required by the FLSA. The bulk of the underpayments affected Lyons Group kitchen staff. The restaurant industry employs some of our country's lowest-paid workers who are vulnerable to disparate treatment and labor violations. In addition to the initiative in Massachusetts, the Wage and Hour Division has other ongoing enforcement initiatives throughout the U.S. to identify and remedy violations that are common in the restaurant industry. The FLSA requires that covered employees be paid at least the federal minimum wage of $7.25 per hour, as well as time and one-half their regular rates for hours worked over 40 per week. The law also requires employers to maintain accurate records of employees' wages, hours and other conditions of employment, and prohibits employers from retaliating against employees who exercise their rights under the law. The FLSA provides that employers who violate the law are, as a general rule, liable to employees for back wages and an equal amount in liquidated damages.