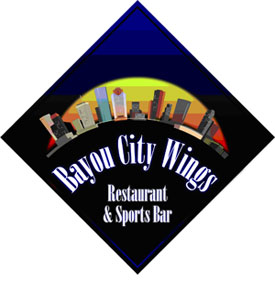 Bayou City Wings, a Baytown, Texas-based restaurant chain, violated federal law when its managers laid off pregnant employees under a discriminatory policy, the U.S. Equal Employment Opportunity Commission charged in a lawsuit it filed on September 26, 2012. According to the EEOC's lawsuit, Maryann Castillo and other female workers were laid off after the third month of their pregnancies under a written policy, set out in Bayou City Wings' employee handbook.  Bayou City Wings owns and operates restaurants in Baytown, Houston and surrounding areas.  The company's district manager laid off Castillo pursuant to the policy even though she had provided a doctor's note that indicated she could work up to the 36th week of her pregnancy and that her doctor had not placed any restrictions on her ability to work. During the EEOC's investigation of a discrimination charge brought by Castillo, Bayou City Wings named eight female employees who were laid off from work because of their pregnancies.  According to a Bayou City Wings general store manager, for a manager to keep a pregnant employee at work any longer would "be irresponsible in respect to her child's safety" and would jeopardize his position with the company "for not following procedures." Title VII of the Civil Rights Act of 1964, as amended by the Pregnancy Discrimination Act, prohibits employers from discriminating against employees on the basis of sex or pregnancy.  The attorneys for the EEOC filed suit in U.S. District Court for the Southern District of Texas, Houston Division, after first attempting to reach a pre-litigation settlement through its conciliation process.   The EEOC seeks an injunction, back pay with pre-judgment interest, reinstatement or front pay, compensatory damages and punitive damages, in amounts to be determined at trial.