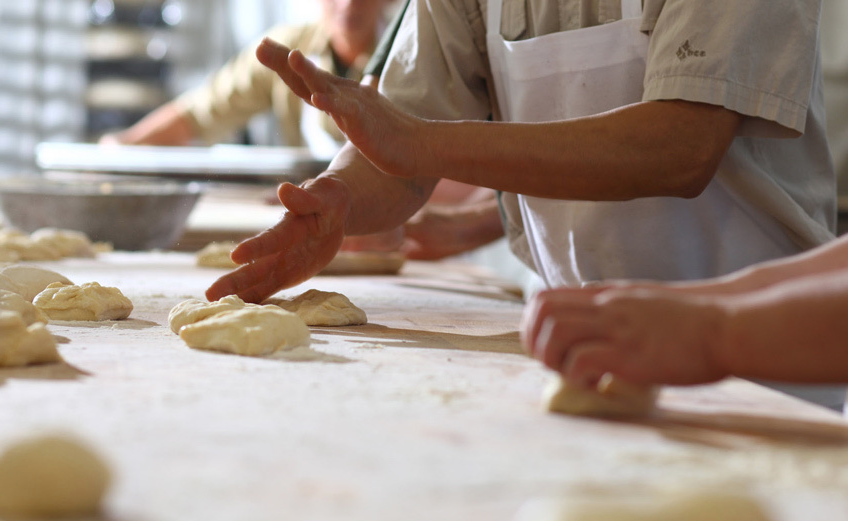 A Turkish bakery’s attempts to exclude its bakery workers from the protections of the Fair Labor Standards Act (“FLSA”) was rejected by Magistrate Judge Ramon Reyes.  The workers in the lawsuit, filed by Pechman Law Group, made and served Turkish treats at Gulluoglu Baklava & Cafe locations in Brighton Beach and Astoria.  Gulluoglu is well-known throughout Turkey for its baked goods.  Although formally trained to make pastry and baklava, these bakers allege making little from scratch.  They baked bread, served coffee, and performed other non-skilled tasks, but most of their work consisted of adding finishing touches to reheated baklava and cakes imported from abroad.  Gulluoglu paid the bakers a fixed weekly salary, which the workers assert did not properly compensate hours worked over forty in a week.  The bakers sued to recover unpaid overtime pay, as well as spread-of-hours pay as required under New York Labor Law. Gulluoglu attempted to have the case dismissed by arguing that the bakers were creative professionals and therefore exempt from the FLSA’s overtime provisions. The creative professionals exemption specifically requires that an employee’s primary duty involve “invention, imagination, originality or talent.”  In his report to the district judge, Judge Reyes found that by reheating baklava and frosting pre-made cakes, the bakers did not use any of the creativity or originality envisioned by the exemption.  Applying it here, the judge said, would “extend it to virtually every chef save those who work with pre-made food.” Even assuming that the exemption applied because the chefs made bread from scratch, Judge Reyes found no evidence that bread-making was their primary duty.  Absent this evidence, the magistrate judge concluded that Gulluoglu had not proven any of their defenses. Judge Reyes’s recommendation not to apply the exemption and allow the bakers to present their wage claims will be reviewed by the United States District Court Judge Dora L. Irizarry.