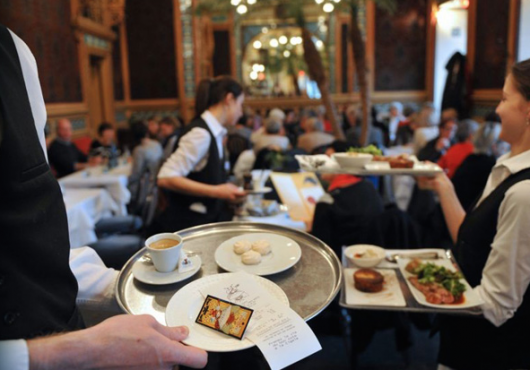 Bagatelle will pay $1.1 million to settle a wage theft lawsuit claiming that the restaurant misappropriated the tips of its food service employees and improperly used a tip credit to pay restaurant workers less than the minimum wage, in violation of the Fair Labor Standards Act and the New York Labor Law.  Bagatelle, the popular upscale French restaurant located in New York City’s Meatpacking District and self-described “NYC institution” is alleged to have required its food service workers, including servers, runners, bussers, and bartenders to share tips with tip ineligible employees, such as managers and silver polishers.   According to the lawsuit, brought by two servers who worked at the restaurant in 2015, when one of the servers asked his manager how much he had earned in tips on a particular night, he was referred to two different managers and never received an answer. Attorneys for the workers also alleged that Bagatelle used a tip credit to pay its food service workers at the tipped minimum wage, despite failing to give them notice and requiring them to share tips with back of the house employees such as glass polishers and food expeditors. The proposed settlement encompasses all servers, runners, bussers, and bartenders who worked at Bagatelle from January 1, 2012 to March 1, 2017.  It is estimated that the settlement will cover at least 100 workers and will be distributed in two categories: a. the amount of tips each worker received during his or her work period at Bagatelle, and b. a calculation based on total weeks worked.